Why Did My Bank Increase My Credit Card Interest Rate? 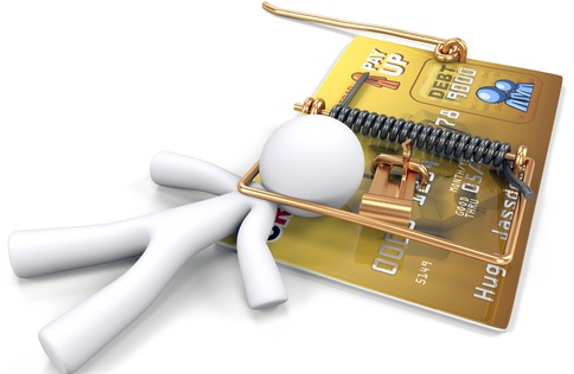 The finance charges that you have to pay every month on your credit card are linked to your interest rate. The higher your interest rate, the greater the fee you pay for carrying a balance on your card. At any point in time, issuers have the authority to increase your interest rate. However, before doing so, they are required by law to provide you with a 45-day advance notice. If you find that your interest rate has suddenly been increased, you can call up your card company to find out the reason behind it. Generally, issuers hike interest rates because of one of the following reasons.

Think twice before going over the credit limit of your card, as this could lead to a rate hike as well. Some issuers increase rates even if you get too close to the limit on a particular card, or on another card issued by the same company.

Any event that indicates a decline in your creditworthiness may cause the company to hike your rate. A bounced check or a drop in your credit score, having too much of debt, applying for too many credit cards or filing for bankruptcy - all these actions send out warning signals to the credit card issuer.

Illegal Actions or Wrong-doing on the Consumer’s Part

If you’ve used the card illegally, the issuer is likely to hike your interest rate. It may also do so if you’ve provided the company with incorrect information, or if you’ve violated any of the terms in the cardholder agreement.

In order to entice consumers, credit card companies offer low introductory rates for a certain period of time. By law, issuers must offer these promotional rates for at least six months. After the introductory rate expires, the regular rate - which is much higher than the introductory rate - goes into effect. Interest rates may even be hiked by the issuer when a debt management plan, or any other hardship arrangement to which the consumer had previously agreed, comes to an end.

Change in Variable Interest Rates or Other Market Conditions

An impending increase in interest rates can be a cause of worry for cardholders, especially if they have significant expenses planned in the near future using this source of finance. Many consumers use credit cards to fund business-related activities, and even a small hike in rates could make their strategy unfeasible.

In such cases, it is better to turn to other institutions that continue to offer funds at competitive rates. Many banks offer credit card loans of up to $250,000 at 0% to borrowers who meet their specific credit profile. For a flat fee, our team at Fund&Grow can help you to take advantage of such offers. We’ll not only tell you how to qualify for these, but we’ll also hold your hand and guide you through the process. All you need to do is call us at (800) 996-0270 and you can get all the financing that you need – today!