COVID-19 May 2020 Update: Fund&Grow is open and operational. We're experiencing slower response times and lower approvals from banks due to the Pandemic. We anticipate (along with other industry experts) that lending will resume to normal levels in the next 2-4 weeks. 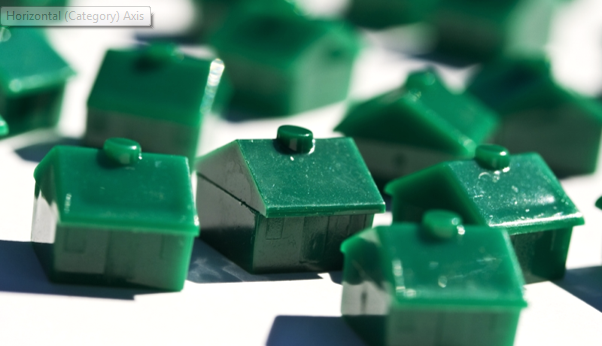 In December, new single family homes registered their highest level in ten months – an indication of continued strength in the U.S. housing market.

On January 27, the Commerce Department announced that new home sales rose 10.8% to a seasonally adjusted annual rate of 544,000 units. Economists had expected sales to rise to 500,000. December’s figures represent a 10.8% increase over a slightly upwardly revised November pace of 491,000 units.

“This is a promising sign for the housing market as we move into 2016,” said Tian Liu, chief economist at Genworth Mortgage Insurance. Sales seem to have been propelled by unseasonably mild weather and a rise in the supply of homes on the market.

Inventory of new homes on the market increased 2.6% to a six-year high of 237,000 units. At December’s sales pace, it would take 5.2 months to clear the supply of houses on the market, down from 5.6 months in November. Generally, a six month supply is considered to be healthy.

Despite steady job growth and relatively low mortgage rates, new home sales have yet to reach the levels seen before the start of the housing bubble. Builders are finding it difficult to engage new hands, since many workers left the industry when the bubble burst. Some construction companies are apprehensive about building too many homes, given that economic recovery has remained slow and wages stagnant.

On January 28, the National Association of Realtors (NAR) said that its pending home sales index inched up 0.1% to 106.8 in December from a downwardly-revised 106.7 in November. The index was 4.2% higher compared to December 2014, marking the 16th-straight month of annual gains. Pending sales are a barometer of future purchases. A lag of a month or two usually exists between a contract and a completed sale. Economists had expected the index to increase by 0.7% in December.

Sales in the Northeast jumped 6.1%, thanks to unusually warm weather. However, they declined 1.1% in the Midwest, 0.5% in the South, and 2.1% in the West. Although demand is growing, the supply of homes for sale is now at a ten-year low.

Inventory fell over 3% in November, driving prices higher at a pace considered unhealthy and unsustainable by experts. “Overall, while sustained job creation is spurring more activity compared to a year ago, the ability to find available homes in affordable price ranges is difficult for buyers in many job creating areas,” said Lawrence Yun, chief economist for the NAR.

The U.S. Central Bank, at the end of its two day meeting on January 27, decided to hold its benchmark interest rate steady in a range of 0.25% to 0.5%. Until December, the Committee had kept that rate at record lows.

The Fed did not signal whether or not it would raise rates at its next meeting in March. In a statement, policymakers acknowledged that “Economic growth slowed late last year,” although the job market improved.

Given that uncertainty over China’s economic slowdown and the ongoing fall in oil prices remain major concerns, the Committee pledged to closely monitor developments in the global economy and financial markets. Changes in the Fed’s statement indicated that it could be prepared to slow future rate hikes if recent market turbulence and global weakness do not wane.