COVID-19 May 2020 Update: Fund&Grow is open and operational. We're experiencing slower response times and lower approvals from banks due to the Pandemic. We anticipate (along with other industry experts) that lending will resume to normal levels in the next 2-4 weeks.

How Does Your Credit Score Compare with an Average American Consumer? 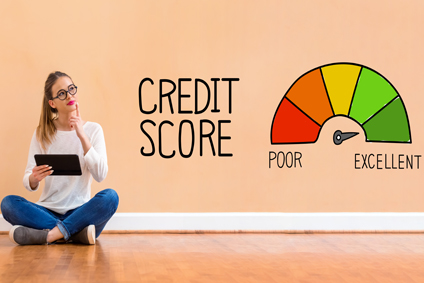 Many credit card holders are curious to know how their credit scores, or credit card debt, stack up against that of their family, friends or even neighbors. But have you ever wondered how well you measure up against a typical American consumer?

Every year, Experian releases a State of Credit survey that can answer quite a few of the questions that you may have. In its annual report, the credit institution outlines the credit profile of an average American consumer. It also has interesting facts, such as states where consumers have the highest and lowest credit scores, as well as a generation-based credit snapshot.

Interestingly, the credit score of an average consumer is 675, which falls into the good range of scores from 670 – 739. Such a consumer holds 3.1 credit cards with an average balance of $6,354, and 2.5 retail credit cards with an additional $1,841 in balances. Average mortgage debt and average non-mortgage debt (primarily consisting of car loans) stand at $201,811 and $24,706 respectively.

According to credit expert John Ulzheimer, this pattern with states in the upper Midwest performing better than the states in the south has been fairly consistent over the last two decades. The main reasons behind Mississippi holding the last place include a higher delinquency rate and a higher average credit card utilization ratio.

This is not surprising. It’s a known fact that consumers with good credit scores tend to receive cards with higher initial limits and larger limit increases, which in turn allows them to have higher balances while also having higher scores. Meanwhile, consumers with poor credit scores usually have lower limits, so even modest balances can cause a higher utilization ratio and, thus, lower scores.

Nationwide, 22.3 percent of Americans have a credit score at or above a "very good" 781.

If you are trying to improve your credit score, the first thing that you need to concentrate on is making timely payments. Try and make sure that your credit utilization ratio does not exceed 30%. If you carry high balances on your card month after month, pay down your debt and you should see your credit score rise quickly.

At Fund&Grow, we help clients with good credit obtain as much as $250,000 of unsecured credit at 0% interest. This amount is available for a period of 6, 12 or 18 months and can be used for anything from financing a small business to providing a down payment on a property. We do charge a fee for our services, but in return, we guide you every step of the way. So, if you need such funds, call us at (800) 996-0270 and we will help you out immediately!